Titiek Soeharto: Those who cheat must be disqualified

Home   BALINEWS ELECTION Titiek Soeharto: Those who cheat must be disqualified

Titiek Soeharto: Those who cheat must be disqualified 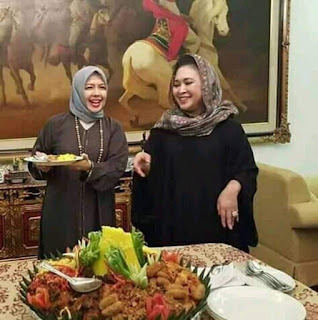 INFONEWS.CO.ID ■  If the results of the General Election (Election) announced by the General Election Commission (KPU) on May 25, 2019 are not in accordance with the wishes, the National Winning Body (BPN) Prabowo- Sandi will not report to the Constitutional Court (MK).

"If the results are not appropriate, we don't go to the Constitutional Court. Because we have had experience in 2014. We go to the Constitutional Court, the title has not been examined, the evidence has been knocked out, the winner is over there. We will fight, take to the streets, "said Titiek Suharto to the media crew at Rumah Perjuangan Rakyat, in Menteng, Jakarta, Friday (05/17/2019) afternoon.

However, according to him, if the people who peaceful demonstrations are tyrannized by the authorities, certainly not silent.

"People who want to fight for our rights. But if it is tyrannized, then of course the people will speak for themselves, "he said.

"So if we reset it, it will be very expensive and will take time," he said.

Now it is proven that with Rp. 25 trillion in funds, he continued, the election resulted in a lot of fraud.

"If we repeat with Rp. 25 trillion, the results will be better? In the law it is clear, those who cheat must be disqualified, "he said.
INFONEWS.CO.ID ■ Foto: Sri Sugiarti