Prabowo-Sandi rejects the results of the 2019 Election

Prabowo-Sandi rejects the results of the 2019 Election 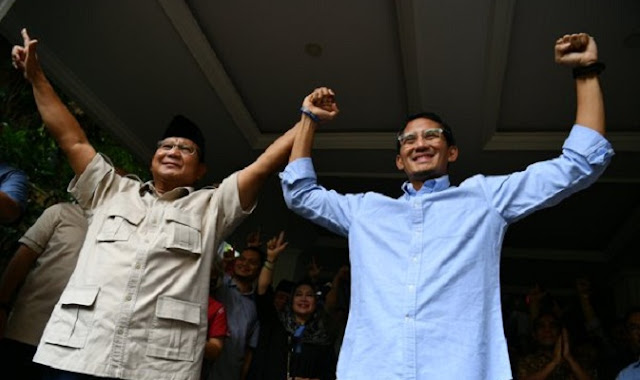 "Indeed, nothing has been signed," Azis said at the KPU Office, Menteng, Central Jakarta, Monday (20/5).

Until Monday (20/5) at 21:30 WIB, 33 provinces and 130 Overseas Election Committees (PPLN) had been recapitulated. One province that has not yet been completed is Papua.

"We received information from the BPN who obtained the data, indeed there are differences in several provinces regarding the acquisition that occurred in the national recap with our data, because we are in this recap are data that has been presented, while on the other hand I have expressed advocacy, yes, we cannot carry the data. So let the advocacy team make other legal efforts, "Azis explained.

In principle, the BPN rejects the results of the 2019 Election. However, Azis said, it does not mean that the BPN does not value the hard work done by the KPU or Bawaslu as the election organizers.

"Refusing the results of the presidential election. So this refusal also starts the tradition that anyone who wants to hold a certain political position even though he has not gained power, he has money that is not arbitrary to do what he wants," Azis said.

"Because in our opinion this rejection will be a lesson for anyone who has ever been cheated too. That is, you know, which cannot be expressed with resistance by him. I think this represents a lot of feelings so that our democracy is good," Azis continued.

"So indeed the KPU chairman when eating with us is talking if possible if his vote is set for tonight. Later we will provide an evaluation of the results of this recap then later if the recap is at this center, yes, it will run normally, there is no problem what's the recap, "Azis concluded.