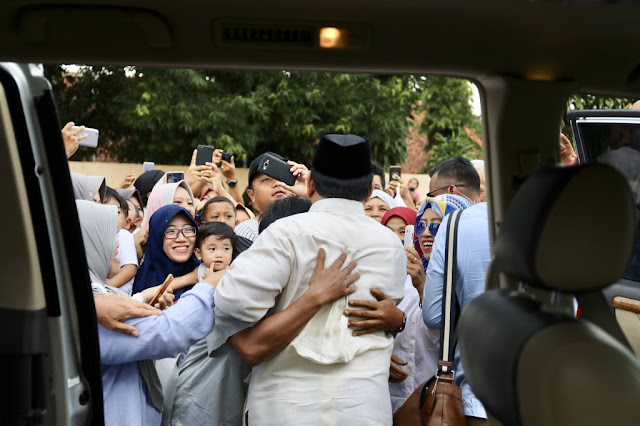 INFONEWS.CO.ID ■ Residents were very happy to learn that Prabowo Subianto visited the May 22 protest participants who were injured as a result of clashing with police officers.

Residents were very enthusiastic about welcoming Prabowo. Seen with the face of the person who smiled when Prabowo was present in the midst of the injured supporters.

They did not expect that the presidential candidate they chose, seemed to want to meet the victims who were sick.

Besides kissing his hand as a sign of respect as a presidential candidate, many people also tried to dialogue about their fate.

As is known, the 22 May action took place in several cities in Indonesia as a public protest over the KPU's decision which was considered fraudulent.

Previously, presidential candidate Prabowo Subianto uploaded a video containing a message for participants of the May 22 action which was still in front of the Bawaslu Office.

In a message disseminated via Twitter, Prabowo urged the masses to immediately disband and return tonight.

"I am Prabowo Subianto, once again I ask your trust to always act wisely, patiently, always avoid violence," Prabowo said in the newly uploaded video, Wednesday (22/5)