An important message from the Sultan to Prabowo

Home   BALINEWS ELECTION An important message from the Sultan to Prabowo

An important message from the Sultan to Prabowo 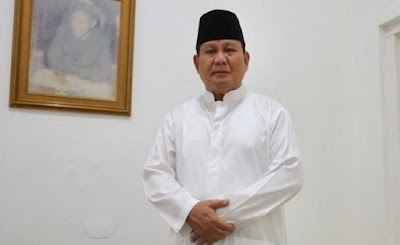 Several issues were discussed at the meeting, especially the basic things about Indonesia.

"The conversation went well. We talked about the basics and there was a message about him, I was a presidential candidate and I thought everything was fine. I thought we accepted. He cared very much about the Republic of Indonesia, Bhinneka Tunggal Ika, independence nation and so on, "explained Prabowo to reporters after the meeting, at Kepatihan (04-08).

In addition, Prabowo also explained the intention to meet the Sultan was a form of respect because he conducted an open campaign at the Kridosono Stadium in Yogyakarta.

"We are friendly, because it is appropriate if we come to leaders, regional leaders," he added.

Prabowo will receive input about the Sultan's important message.

While many parties consider the special message to be related to the April 17 election day. Prabowo is optimistic he will win the democratic party. "The point is to win," Prabowo said.

Even a netizen actively highlights Prabowo's meeting with the Sultan. Diah Soewarno, for example, through his account @diah_soewarno, commented, "Our next president, Prabowo Subianto Djojohadikusumo. Thank you Yogyakarta for the warm welcome. People who want extraordinary changes at every visit @prabowo @sandiuno. May Allah grant our prayers, The Indonesian people want change, "she said.